Microsoft will launch PC Manager, its own alternative to CCleaner 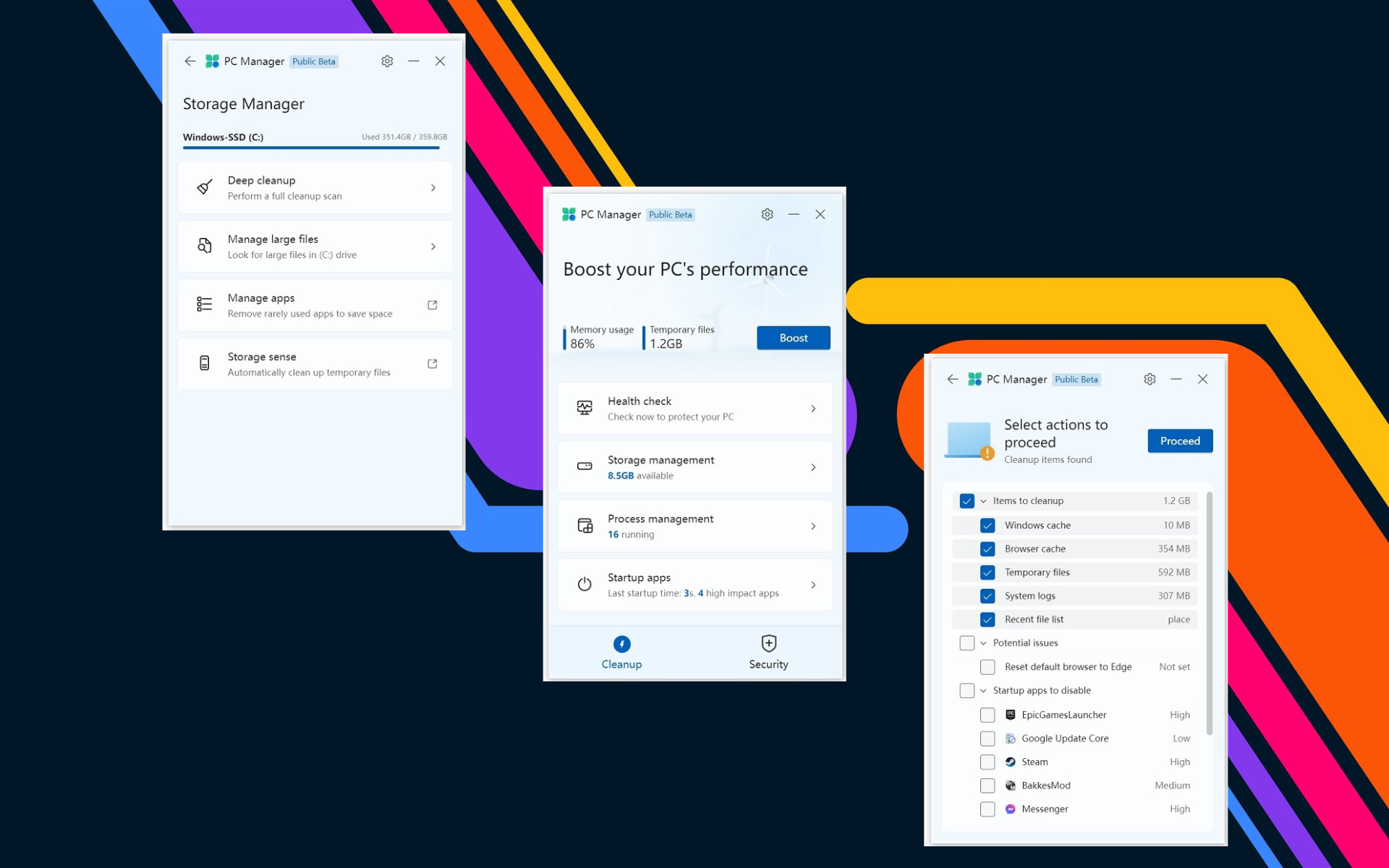 If you are a Microsoft product fan, then you will surely get a kick out of what we are about to share with you in this article.

We’re going to focus on the Windows 10/11 operating systems, where Microsoft is about to introduce an app that should have been added years ago.

In case you didn’t know, the tech giant known as Microsoft is working on a PC Manager app that’s designed to boost your computer’s performance.

The Beta for Microsoft’s PC Manager is out now

Much like the popular CCleaner, the beta version of Microsoft’s PC Manager includes storage management and the ability to end tasks quickly and control which apps start up with Windows.

The source code is already baked into Windows, but this PC Manager app puts it all in one useful location, which is really advantageous.

And, to make it better, there’s even a browser protection section that makes it easier to change default browsers than what exists in Windows right now.

The application itself displays in English so it is unclear if it supports other languages besides Chinese and English and Microsoft has yet to make an announcement regarding it.

Note that most web browsers support translations, but you may also activate the first button on the page to start the 5 Megabyte download of the app.

However, the app checks out fine on Virustotal there is only one hit by CrowdStrike Falcon, and it is labeled grayware.

PC Manager’s storage feature includes the ability to manage apps or remove those that are rarely used, and there’s also a full cleanup scan available or a scan to find large files on your drives.

Furthermore, the process management feature is a more simplified version of the Task Manager so you can quickly kill processes that might be eating up RAM.

When you press the main boost button the PC Manager will clear temporary files and free up memory, which could be useful on older PCs.

As we’ve mentioned, the public beta of PC Manager has appeared on an official Microsoft site, but the site is Chinese, which suggests that this app is designed for a very specific market.

Also, if you were planning on getting this for Windows 7 or Windows 8, you won’t be able to.PC Manager is designed for Windows 10 and above and is targeted more at low-spec laptops and PCs.

Have you already tried the PC Manager Beta? Share your experience with us in the dedicated comments section located below.